Just a few days remain before the San Francisco 49ers and Dallas Cowboys meet in the first round. And clearly, Dak Prescott , the star quarterback, can’t wait to kickoff.

Prescott shared his expectations about the atmosphere at AT&T Stadium on Thursday during a media session. Prescott believes the Cowboys will have a home-field advantage Sunday.

“Im excited. That’s one thing that you can’t replicate is playoff football, especially not in AT&T Stadium, having played two playoff games here before and knowing the excitement every single play,” Prescott said, via Jon Machota.

“Excited just to feel the atmosphere from warmups, really from the time you show up getting near the game. I mean just in town, you can feel it. It’s something special, excited just to see Cowboys Nation come out and show out and be a big part of this game.” 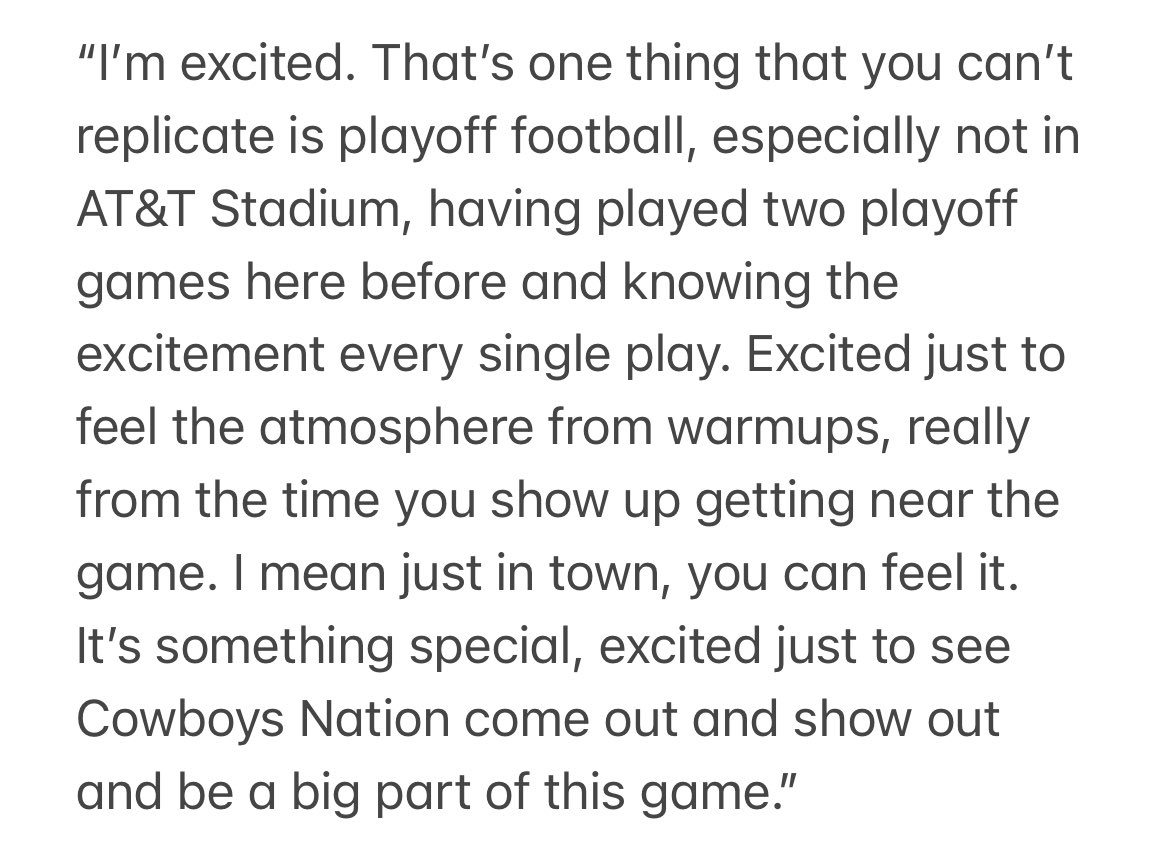 Jerry Jones, Cowboys owner, stated earlier this week that he hopes the Cowboys can surpass their record for most AT&T Stadium fans.